Someone once told me something to think about: “The finest person in the world is somewhere getting on their spouse’s last nerve.”

I mean, think about it. It seems that pretty much every day, we’re hearing about a celebrity break-up or divorce—and a lot of those people are beautiful.

Why? Because looks aren’t everything. So no matter how attractive you are, that’s not enough to get a person, keep a person, or prevent that person from cheating. In fact, as a marriage life coach, I deal with my fair share of couples who love one another and still have experienced infidelity.

The reasons why are not as black-and-white as you might think. Here are three:

1) One or both people feel taken for granted. Although some may want to assume that men cheat more than women, there are actually studies which indicate as much as 50 percent of wives will cheat at some point in their marriage. And whenever I ask either the husband or the wife why they did it, the answers oftentimes lead to the same point: The husband feels like the wife barks demands or complains all of the time about what he’s not doing or should be doing more of rather than acknowledging his actual efforts. The wife doesn’t feel like her man is putting in the same kind of effort to “keep her” as he did to get her. There’s no dating. There are no compliments. There is no good or lasting foreplay.

Bottom line: the “potential cheater” starts to feel taken for granted, which leaves a void they want to fill. If that doesn’t happen inside the home, they start to look elsewhere.

Just because your spouse promised to “love, honor and cherish” you until death (marriage is supposed to be until death; you can read a good piece on that here), that doesn’t mean you shouldn’t acknowledge and appreciate the fact that each day they make a choice to stay with you. No one wants to be taken for granted. (Tweet This!) If you know you’re guilty of doing that, take this as a heads-up that something needs to change. Soon. 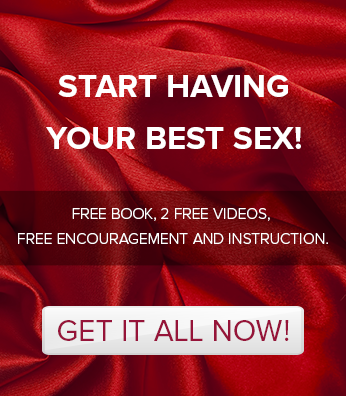 2) The sex sucks. I thought about putting this another way, but some folks need to hear it just like that. This is another complaint that I hear from husbands and wives alike. Husbands tend to complain about a lack of consistency and wives tend to complain about the monotony of the experience. When it comes to how often a couple should have sex, it depends on the couple. I’ll say this, though: No matter how long someone’s been married to you, they’ll never like rejection. So, if you’re always brushing your spouse off or acting like something is wrong with them for wanting to have sex with you more than once or twice a month, that could cause them to develop an emotional wall first and a curiosity about cheating second.

At the same time, if sex is always about what you want or how you like it, if there is no romance or fulfilling foreplay…if everything is about “getting to the end” without enjoying the journey, that can cause someone to become bored. Then resentful. And then thinking about things that they’ve probably never thought about before. And when you think long enough, you start to dwell on those thoughts, and when you dwell on something long enough, it’s not too long until you are tempted (really tempted) to act.

3) There is a lost connection. One of my favorite relationship quotes is “People change and forget to tell one another.” That’s how couples can be married for 30-40 years and wake up one day and feel like they no longer know their spouse. If you’re not listening to your spouse, if you’re not paying attention to their love languages, if there is no prayer and devotional time—in short, if you’re not making one another a top priority, there will start to be a disconnect. It’s the ideal breeding ground for an emotional affair and oftentimes that can be far more destructive than a “hit it and quit it” physical affair. Why? Because emotional affairs tend to create really powerful connections.

Yeah, beautiful people can sho ‘nuff have affairs. One of the best things that you can do to avoid one yourself is to be more proactive than reactive in your relationship. Think about the things that I’ve shared, discuss them with your spouse and be open to their feedback.

Healthy and great sex is so critical to a successful marriage. We firmly believe it. That’s why we created a workshop that is meant to help you have the best sex you can have. Check out the Best Sex Life Now video series and take your romance to the next level!

Start Having Your Best Sex!